Scania fans hold tight, it looks like the long overdue new Scania cab may be on our roads soon. 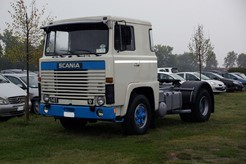 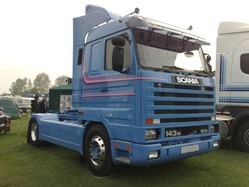 Apparently there have have been several viewings of rather strange Scania units drawing trailers on roads across the UK.

We know a Scania overhaul is certainly overdue. Volvo, Daf, Mercedes-Benz, Renault and Iveco have all introduced either new or refreshed cabs for their Euro-6 tractor units. Scania’s current cab generation dates back to April 2004 with the launch of the R-series and its cab pressings go right back to the introduction of the 4-series in 1995. 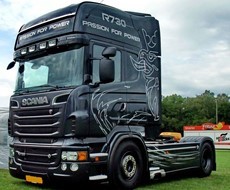 DVLA data also reveals that the unit has been registered in the UK and has Scania’s 12.7-litre DC13 engine. So the mighty 143 brigade may buckle up & prepare for the curtain down on the highly anticipated new Scania cab. The whole of V8 crazy Ireland will be eagerly watching this space!