Ireland’s economy is growing as fast as it was during its heyday 15 years ago, fuelled by exports and increasing domestic demand.

It grew by 7.8 per cent last year, making it the fastest growing economy in the EU for the second  year running after growth accelerated sharply in the final three months. 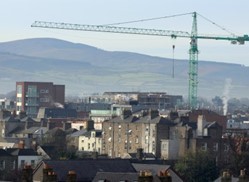 Ireland was awarded the "best eurozone economy" prize each of the past two years and is widely expected to keep the streak going this year. And we are certainly seeing an upward turn in sales in plant & machinery as construction activity increased at its fastest pace for nearly 16 years in February.  After many bleak years this upturn can only be good thing!